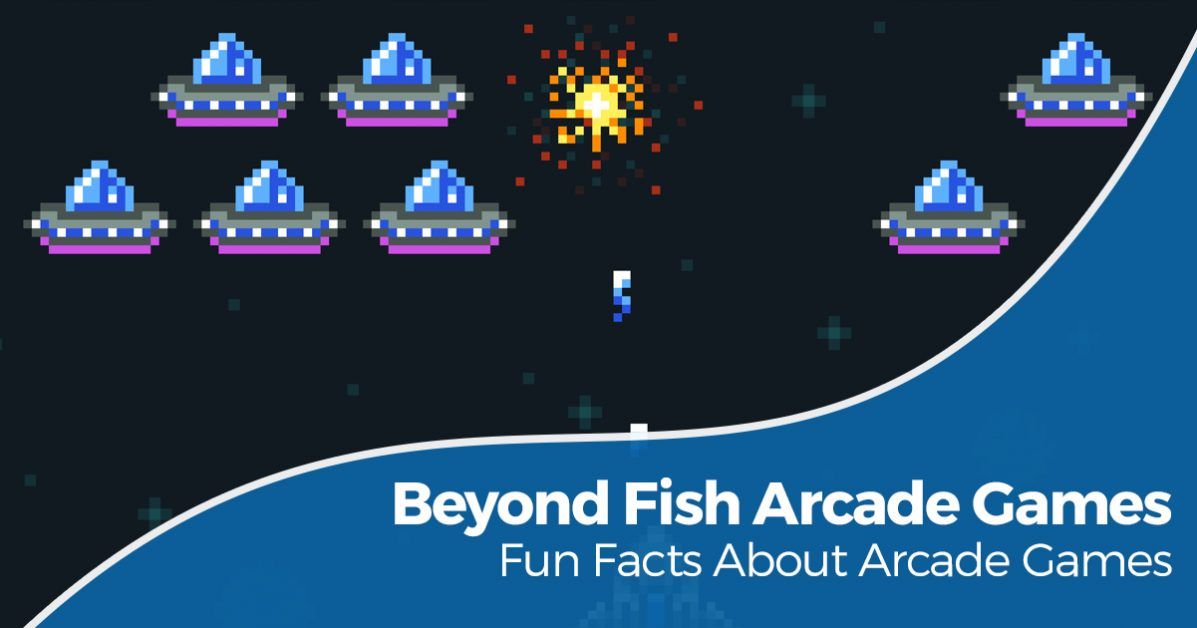 The very first arcades were called “penny arcades.” Opening in the 1800s, the game machines found at these arcades were akin to pinball and pool and were called “bagatelles.” These games, which can still be found at carnivals and fairs to this day, were also popular in amusement parks and fairs found across the nation. But by the time the 1950s and coin-operated games started cropping up, these more vintage games became exactly that — of a bygone era. These older games were replaced with shooting arcade games, which emerged well before our more modern notion of video arcade games (like Pac-Man, Missile Command, Tron, Centipede, etc). Before we get into the meat and potatoes of today’s blog post, allow us a brief word or two regarding our multi-player arcade machine games that we carry and create here at Fish Game Kings.

At Fish Game Kings, we’ve combined that classic shooting appeal with a modern and vibrant display. Our blog post today is about the history of video arcade games, as the title no doubt gave away, but before we supply a brief history lesson, we’d like to share with you who we are and what we have going on at one of the top suppliers of what has affectionately become known as “the fish game.”

The “fish game,” as it were, doesn’t actually refer to any particular game title. No, game titles for fish shooter games are Magical Ocean, Fire Kirin Revenge, Ocean King 3 Plus – Crab Avengers, Dragon Hunter, Monster Sponges Revenge, Ocean King – Golden Legend…you get the idea. However, “the fish game” is more of an all-encompassing term that folks who are fans of these game titles and fish arcade games use to easily refer to the game that they have come to know and love. Some people fall in love with playing the game in a back-alley bar, some people in a restaurant, others at a Dave & Busters, and others still at an adult arcade center of some kind.

While there are many people who have become passionate fish arcade game players, there are venue-owners and managers who are still trying to catch up with the sensation that has become the fish game.

Owners of the establishments we’ve listed above come to us at Fish Game Kings to figure out if they can get in on the action a little bit. Whether they are the owner of a bar or a truck stop gas station, there is a strong chance that adding a fish shooting arcade game to your store will implement a new revenue stream which can dramatically impact your bottom line.

Why? Like we said, people love fish arcade games; it really is that simple. They are competitive, as you are able to play against the people right next to you in the same room when you all try to capture the same characters using ammunition you’ve paid for. They are stimulating too. All you need to do is watch a minute or so of any given fish game gameplay to understand that there is plenty of life teeming at the bottom of the sea, waiting to be captured. But here is the kicker — players can earn winnings in this skill-based arcade game, and not just from chance either. The more money you invest for firepower and ammunition, combined with the proper strategy and precision, will earn you winnings which players can either take home or re-invest back into the game for some more action.

WHO WE ARE AT FISH GAME KINGS

That’s where we come in at Fish Game Kings. We are the United States’ first and premier manufacturer, developer, and distributor of a range of fish arcade games, including Ocean King, King of Treasures, Dragon Hunter, and others. For business owners who are looking to take advantage of these shooting arcade games’ newfound popularity in the United States’, Fish Game Kings can be your one-stop-shop. We carry fish shooting game cabinets, fish game titles, and even a variety of accessories to help make sure your storefront is optimally designed to earn you revenue.

Among those accessories is our FGK Anti-Cheat Alarm System, which prevents thieves from stealing money from your coin-operated video games. The Fish Game Kings Anti-Cheat Alarm System secures your fish game cabinets against cheaters who use Electromagnetic-pulse jammers to affect the game in their favor. The alarm system intercepts the signal (and is able to pick up multiple frequencies), then sends a loud alarm while flashing a bright red light that will let everyone present know that some funny business is going on. Plus, you are easily able to mount the alarm system on the inside of the machine or its exterior. At Fish Game Kings, all of our game cabinets and equipment come with lifetime tech support, so if something does go wrong with our top-line equipment, you’ll have the experts available to help you and get your system back up and running in no time.

Well, would you look at that, we’ve gotten carried away talking about Fish Game Kings and what we can do for folks, so much so that we’ll need to turn this blog post about the history of video arcade games into a two-part series! Please excuse the subterfuge, it wasn’t our intention at all — we tend to get a little wordy when we talk about fish arcade games!

While we’ll get into the main portion of the history of video arcade games in our next post, we will still lay the groundwork in today’s post.

The first thing you should know about the first video games is that, in order to exist, they needed to have a Cathode Ray Tube, or a CRT. CRTs, originally used in missile defense systems in the 40s, were utilized for a different purpose in the 50s. These early tubes increased in complexity as time wore on, which meant improved graphics and functionality. By 1950, Charly Adama designed the “Bouncing Ball” video game program for MIT’s Whirlwind Computer, which happened to be the very first computer that displayed video signals in real-time. This was the first game to be able to show live text and video on a screen (terminal), which is pretty dang sweet if you ask us.

That’s all we have time for today, folks. We appreciate your interest, whether you are considering adding a new revenue stream to your place of business or you just wanted to learn about the history of video arcade machines! If you are in the latter camp, be sure to keep an eye open for part two of this two-part series. If you are in the former camp, reach out to us today to get started!