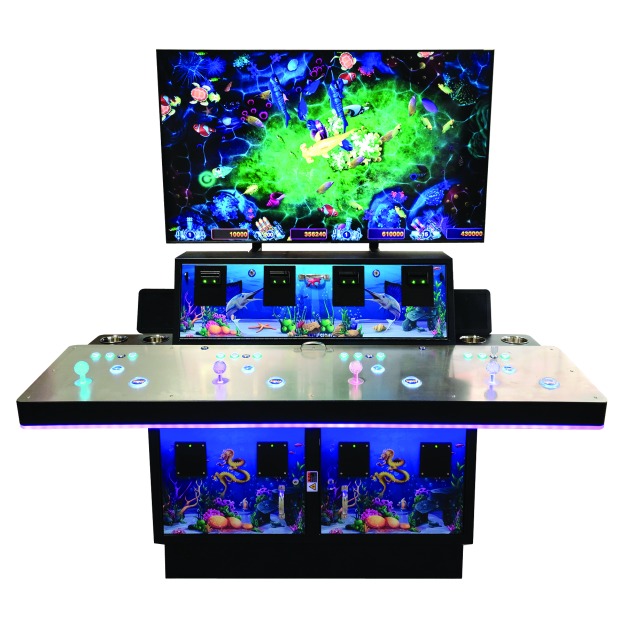 HOW TO PLAY FISH TABLE GAMES

Games have been around since the beginning of time. Think of the classics that you played as a child: tic-tac-toe, card games, chess, checkers, and Monopoly. Humans have had a desire to invent items to not only entertain but to also compete and have fun with others. After all, it’s fun to rise to the occasion and out-strategize your opponent. Plus, games are a great stress relief, especially in today’s world.

Fish Game Kings offers the best fish games online and fish tables for your establishment. As America’s original manufacturer of fish game tables and accessories, our fish tables stand head and shoulders above the crowd with amazing graphics and sound that will entertain your guests for hours. From 2-player standard fish tables to our 86″ multiplayer luxury cabinets, you will be sure to find exactly what you need for your business. Below, we’ll go over how to play fish table games so you can join in the fun. Visit us online to get started today!

HOW TO PLAY FISH TABLE GAMES

The premise of fish table games is shooting fish, which is why they are also called fish shooting games or just fish games. However, when you are shooting them, you are catching them, not killing them. The fish are worth so many coins with the Bosses (the big, usually featured, characters worth more and are harder to catch). The steps to playing fish shooting games are simple:

As you can see, since fish games are relatively easy to play, they are great games for all. However, don’t mistake the fact that there is a good degree of skill involved (hence, the name fish skill games as well). You need to decide which fish to shoot based on their value and when. You need to know when to conserve bullets. You need to also be wary of your opponents at your fish table who want to win, too.

Fish Game Kings offers a dizzying array of fish games that you can choose from, including Fire Kirin app, Golden Dragon, Trump, Ocean Kings, Batman, and so many more. What’s more, we are constantly adding new games to ensure your patrons keep coming back for more. These games are so fun that don’t be surprised you’ll see your business increase dramatically once word gets out that you now offer fish games. To learn more about our fish games and our fish game tables, including our custom game tables, reach out to us today!