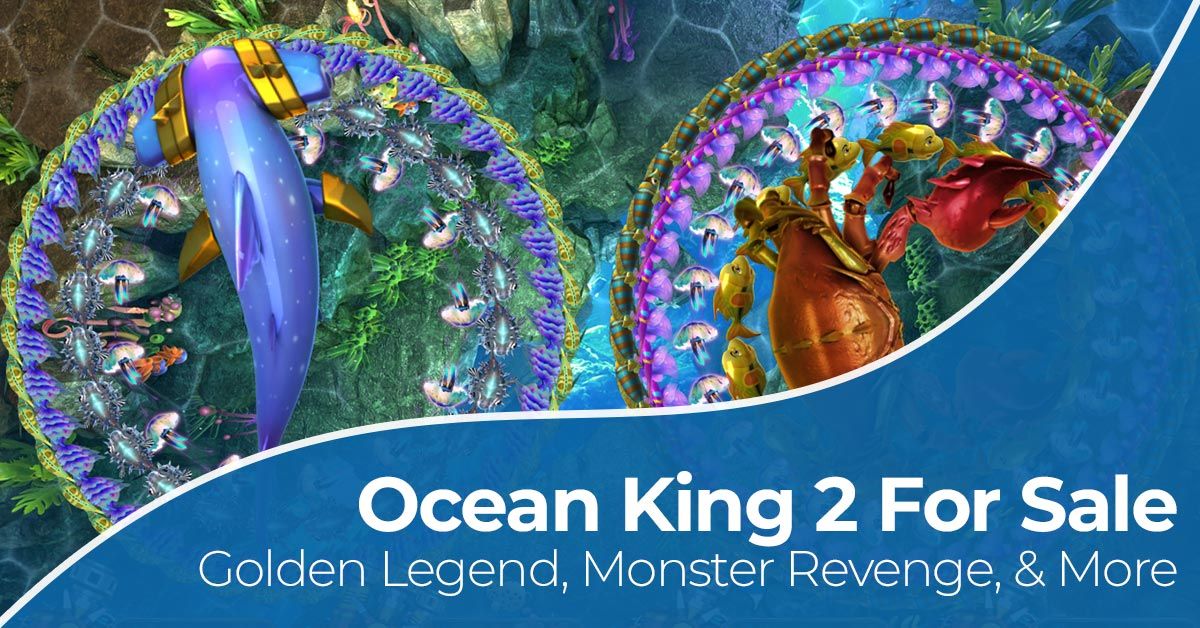 You’ve made your way to our Fish Game Kings site. That means one of two things — you’ve either come here by mistake and are likely an angler (or you just aren’t the most-skilled search-engine-user in the world), or you are interested in learning more about Ocean King 2 fish hunter arcade games. These fish shooter games are growing at a rapid rate in terms of popularity and awareness. Venue owners across the country are learning that investing in a fish game cabinet is no side-hustle — it can be a legitimate revenue stream in its own right. Venue types we work with include grocery stores, smoke shops, amusement facilities, restaurants, arcades, bowling alleys, sweepstakes cafes, skill game rooms, truck stops, and others.

Of course, you can get more information about what we have to offer venue owners and managers by visiting our FAQ page. It’s a good place to start for folks looking to familiarize themselves with this rapidly-expanding industry.

If you have questions that are unanswered, or you are ready to take the next step with regards to customizing your own cabinet or getting help developing your own game, simply reach out to us. We love bringing unique ideas to life, and given the fact that we are the United States’ original and premiere providers of fish arcade games, prospective customers can shop with confidence when working with us. We provide lifetime tech support, high-quality equipment, and first-class customer service to make sure any issues that might arise are handled quickly and appropriately.

Did you know you can develop your own game board through Fish Game Kings? You probably did if you read the above heading before you read this sentence. Regardless, it’s a unique service because we’ll take your ideas, provide feedback, and accommodate your requests to make your vision a reality. There are minimum order quantities to consider, but just reach out to us for details and price points!

We have a blog topic that we promised we would get to in today’s post. Keep reading if you are interested in getting a clear picture as to what Ocean King 2 Monster Revenge, Ocean King 2 Golden Legend, and Ocean King 3 Dragon Power have to offer players!

Ocean King 2 games are renowned for their stimulating gameplay and visual experiences they produce. Whether you are an observer or a player, it’s difficult to look away. What first seems as un-understandable chaos, if that’s a word, soon becomes mesmerizing. While the jam-packed action certainly isn’t for everyone, others find it nigh-on addictive.

However, purists will be pleased to learn that the essential features of the original Ocean King game have been left untouched. Why fix something that isn’t broken? To this point, the game controls are the same. Among the returning sea creatures you’ll find in this game are the Overlord Humpback Whale, whom we all know and love. Others include Devilfish, Fugu, Lion Fish, Butterfly Fish, Saw Shark, Flounder, Lobster, Snapper, Octopus, Lantern Fish Sea Turtle, Shark, Killer Whale, Clown Fish, and a modified Bomb Crab.

There are four bosses you’ll encounter when playing Monster’s Revenge — The Prehistoric Giant Crocodile, The Night Monster, the Overlord Crab, and the Deep Sea Octopus. Each impact the game in a unique way.

Among Ocean King 2 new weapons are Drill Cannon, Flamestrike De-Buff, and Chain Explosion Crab. These weapons are much more powerful than what you’ll find in your regular arsenal, so players looking for higher scores need to acquaint themselves with the benefits of each of these “super weapons.”

This mini-game, like the others you’ll find in Ocean King 2 and 3 game titles, populates randomly during a game. It’s completely free to enter, and the purpose of the Battle in the Golden City is to allow players the chance to catch the fish within the game’s time limit. There is no cap on scoring, and players can capitalize on substantial rewards, like Double Treasure Chests and others!

For vendor managers or owners, you’ll be interested in learning that Monster’s Revenge lets you customize your location, payout feature, background music, payout functionality, chance levels, odds, shooting time limits, and much more. This means you can tweak the experience to find the perfect harmony of gameplay experience and maximizing profits.

Moving right along, Ocean King 2 Golden Legend is also a fish hunter arcade game. The way you play the game is very similar to the other titles we’ve described in this post and others: you put in the coins, press power, press the joystick down twice to switch weapons, use the joystick to aim at the fish, lock on a target, press shoot, hit the character enough times to catch it, receive points, repeat, then the game finishes, and then you hold the payout button down for about three seconds to get your winnings.

Not too complicated, now is it?

We should also note that every player can modify their weapon during gameplay. Choose from three different level to catch a variety of fish types: Aim for the Target, Accelerated Speed, and Normal Speed.

Ocean King 2 Golden Legend offers 17 species of fish, three kinds of crab, four BOSS types, and three kinds of Jumbo Fish. Each type has their own point value, which means you have to be strategic as to how you go about attempting to catch them. What’s more, these values are operator-adjustable, meaning venue owners can customize gameplay based on their own wishes or the requests of their patrons. You can set the value to a low Odds or a high Odds setting.

The three types of crab are Drill Crab, Laser Crab, and Super Bomb Crab, while the four BOSS characters are the Almighty Octopus, Emperor Crab, Darkness Monster, and Ancient Crocodile!

Our fish game cabinets include 55-inch LED monitors, bill feeders, and two, four, six, eight, and ten player units. If you are interested in capitalizing on this fast-growing, borderline-addictive game playing experience, get in touch with us at Fish Game Kings today!

Yes, we know, this is an Ocean King 3 game for sale, not an Ocean King 2 game. But it’s our own blog and we really like this game and we feel like highlighting it, so we will! Dragon Power can be played by six to ten players. There are 28 fish characters to capture, and the third version of Dragon Power sports an improved difficulty level that reaches to 26!

Other new features include hopper speed supports of 10ms, double time with more odds, and stronger featured fish and boss character for players to hunt in order to get even more winnings.

Dragon Power has more additional features that appear during gameplay. Among these effects and mini-games are Lighting Chain, Fire Storm, Fast Bombs, Vortex Fish, Golden Treasures (not to be confused with the game title of the same name), and an array of power-ups. There is also a host of fish found in Ocean King 3, Dragon Power.

They are the usual suspects, with most of them being listed above in other game descriptions. We would like to highlight the Thunder Dragon Power-Up and the Flaming Dragon Power-Up characters because they can only be described as awesome.

Whether you are just beginning your research-mode as it relates to multi-game arcade machines and arcade systems for sale or you are a knowledgeable venue owner looking for the latest Ocean King fish tables around, we can help you at Fish Game Kings.

We hope that you’ve found this post illuminating and helpful as you determine which Ocean King fish hunter game is right for your establishment. If you have any questions or would like more information regarding our custom offerings, we’d be happy to talk with you. We are dedicated to helping folks looking for fish game cabinets with anything they might need, so reach out to us today!