Fish Games is The Best Way to Spend Your Time

In today’s world, you can do almost anything you want to do in terms of entertainment, from watching Netflix all day or going to a theater to hiking, biking, hanging out with friends, going out to dinner, and playing games. With so much vying for your attention, how do you spend it? Fish Game Kings suggests that you spend your valuable free time playing fish games. Fish games is one of the most entertaining games you can play. You can compete against your friends or complete strangers as you try to rack up the most points. This skill-based fish game is perfect either at your home, or at your place of establishment, such as a convenience store, restaurant, arcade center, truck stops, and more. Order your fish games today! 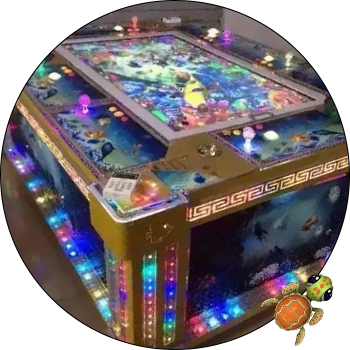 Why Choose a Gaming Cabinet from Fish Game Kings?

People have been playing games since the beginning of time, from playing games with sticks, bones, and dice to a bit more complicated, such as games with balls to games with other people. As humans have evolved, so has our game habits. Card games were invented as well as board games, games on horses (such as polo or games during medieval times), and games of strategy, such as chess. When computers were first invented, it was only natural that we’d invent games for it.

Fish games are known as fish arcade games or fish shooter games, and they pair the player against others, or you play against the game in a quest to rack up the most points. One of the best aspects of fish games is playing with others. It’s a great way to spend time with friends and family and have fun doing so.

Fish Game Kings is a company that manufactures, develops, and designs fish games. We understand your time is valuable, which is why we’ve dedicated our lives to bringing you the best value in entertainment, which is our fish games. Contact us today to learn more!