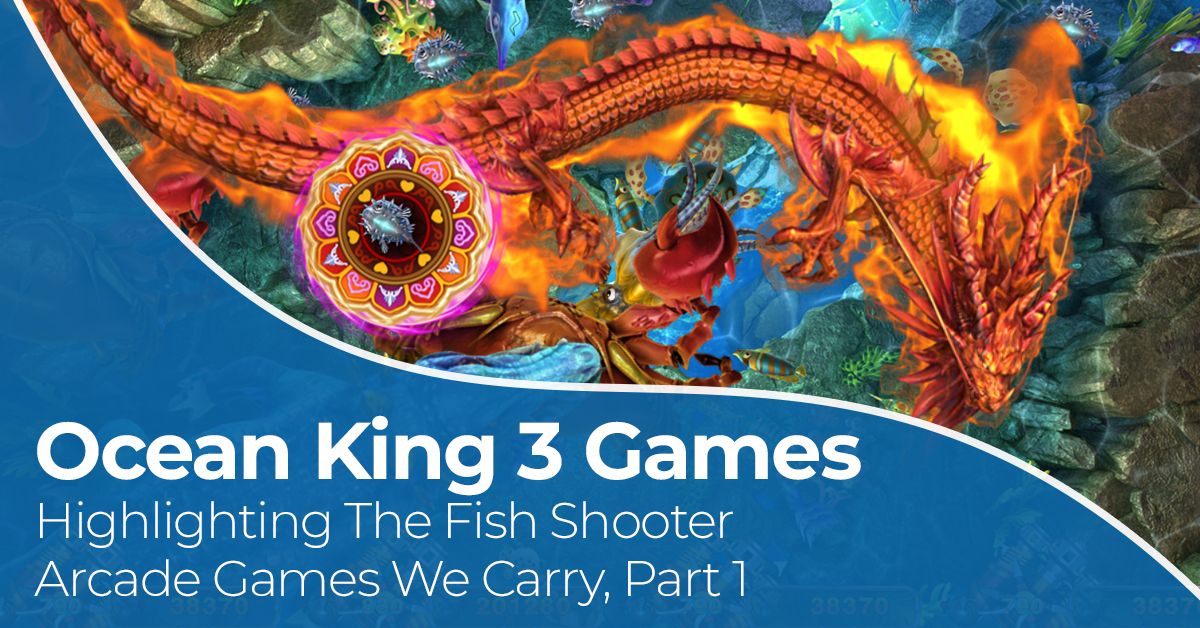 Fish Game Kings is your one-stop-shop for Ocean King 3 fish shooting games. Not only do we offer a long list of fish shooter arcade games, but we are the original and premiere USA manufacturer, developer, designer, and distributor of games and cabinets. We produce everything at our own, state-of-the-art manufacturing location, so venue owners and managers looking to add a stable revenue stream to their establishment can shop from Fish Game Kings with confidence.

With our superior equipment lifetime tech support, and our ability to fully customize arcade games based on the needs of our customers, it’s no wonder why we are a highly rated fish shooting game company. We take great pride in our reputation in the same way we pride ourselves in offering our clients with high-quality service and game performance. From our Anti-Cheating Alarm System to the variety of parts and devices we offer our clients — in case any modification or customization is desired — we want our clients to get the absolute best. We excel in learning what the needs of our clients are, and then coming up with a tailored solution they are excited about. Fish Shooter Games We Offer

In addition to the fish arcade titles listed below, we also have access to most all fish game boards. If you have inquiries about game titles that aren’t listed, be sure to reach out to us to check on their availability. Keep in mind we offer game board development, so if you have a vision you’d like to make a reality, let us know. We’d be happy to brainstorm with you and bring your vision to life. Perhaps your venue could use a custom, branded skill-based fish arcade game!

If you are familiar with the previous versions of Crab Avengers, you probably already have a working knowledge of what the arcade game has to offer. Ocean Kings 3 Plus – Crab Avengers only improves on what people already love about the game — why fix something that isn’t broken? With brand-new characters and engaging new features, experienced purists and curious newcomers alike will be sure to enjoy this fish shooting game.

There are 28 different sea creatures in total, and six to ten players can compete at one time to take the top spot away from one another. With stimulating themes, plenty of visual action complete with 3D graphics that are of the highest-quality, and an increased difficulty level that goes up to Level 30, there is a lot to like about the prospect of adding this fish arcade game to your arsenal.

There are a variety of features that Crab Avengers has to offer. From Fire Storm to Vortex Fish to Lightning Chains to Fast Bombs, players will never be without variations in gameplay. That’s what makes them keep coming back for more, after all!

Monster Awaken has a lot of similarities with Crab Avengers; it offers all-new characters, features, mini-games, and boasts 28 fish characters available for shooting and catching. The improved difficulty varies a little bit, with Monster Awaken reaching up to 26, as opposed to Level 30 with the previous title we listed.

Other features include the addition of boss characters and powered-up featured fish, in addition to hopper speed supports of 10ms and a double-time feature with better odds.

We’ve talked a good deal about features, but perhaps we should back up and explain how the game is played in the first place. The point of the game is to catch the most fish possible within the predetermined time limit the game has. Players use their guns to do this. These guns have three distinct settings — aim for the target, normal, and accelerated. As we mentioned above, there are 28 different fish you can try to catch, each worth their own point values. Put simply, you get higher scores by capturing more fish. It’s worth pointing out that some fish are worth more than others.

The game also sports mini-games, which are significant because they allow players a different avenue of earning points. Let’s take a look at a few of these mini-games found in Ocean King 3: Monster Awaken.

Again, there are others, but we had better stop there for the purposes of today’s post. After all, we weren’t able to get to Turtle’s Revenge or Thunder Dragons. That’s why, yet again, we will be turning this post into a two-part series! Keep an eye out for part two, and in the meantime reach out to us if you are interested in any of our services here at Fish Game Kings.